Trans-Siberian railway (usually called TransSib in Russia) is the world’s longest and the most famous train route that goes through Russia. It crosses the whole continent, starts in Moscow, passes through the European Russia, crosses Ural Mountains (which separate Europe and Asia), continues into Siberia‘s taiga and steppes, and finishes in Vladivostok — the Russian Far East coast on the Pacific Ocean.

The Trans-Siberian is an immense route: along more than 9000 kilometers of its length you will see different landscapes, meet many different people and cultures (especially, if you hop off the train at few points), experience magnificent Siberian Baikal lake, and just enjoy the trip in the train.x

The original Russian name for this railway is “The Great Siberian Way”, the name “Trans-Siberian” was given to this route by the West, and became very wide-spread.
This railway is the backbone of Russia. It is the only overland route going through the whole country. This unique status makes the railway still quite important for the economy and safety of the country, as it was supposed to be more than 100 years ago, when it was built.

It takes more than six days to travel along the whole Trans-Siberian, so it is recommended to make stopovers along the way — like this your trip will be much more interesting also. 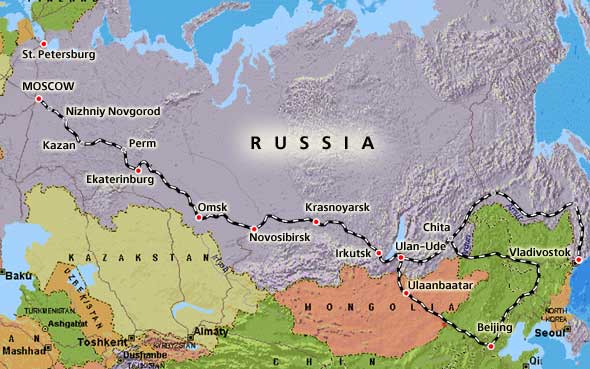 Kazan Metropolitan – one of the most beautiful in the world

The mysterious journey over the Arctic Circle

Your opinion about... Cancel reply

Booking.com
This website or its third party tools use cookies. By closing this banner, scrolling this page, clicking a link or continuing to browse otherwise, you agree to the use of cookies.Ok